it has been an amazing trip to LA. Last year was awesome, but this year - oh man, we had so much fun. I shared this terrific journey with Lyubomir Denev Jr., the conductor who all orchestral Strezov Sampling sessions were recorded with. As you can probably imagine his name shocked all English speakers :-) We had blasting time during the trip and met lots of people - all the guys from Orchestral Tools, Eduardo Tarilonte, Dirk Ehlert, Sam Hulick, Paul Haslinger, Penka Kouneva, Philip Klein, the guys from SoundIron, Marie-Anne Fischer, Reuben Cornell, Ted Reedy, Arne Wallander and many other who made our unforgettable journey! Now let's start with our special NAMM report with this picture, taken somewhere above Canada - I can't tell you how exciting this actually is. It got me thinking what a pleasant thing to do would be to just travel across the world with a laptop and a DAW - just to be inspired by images like this one! 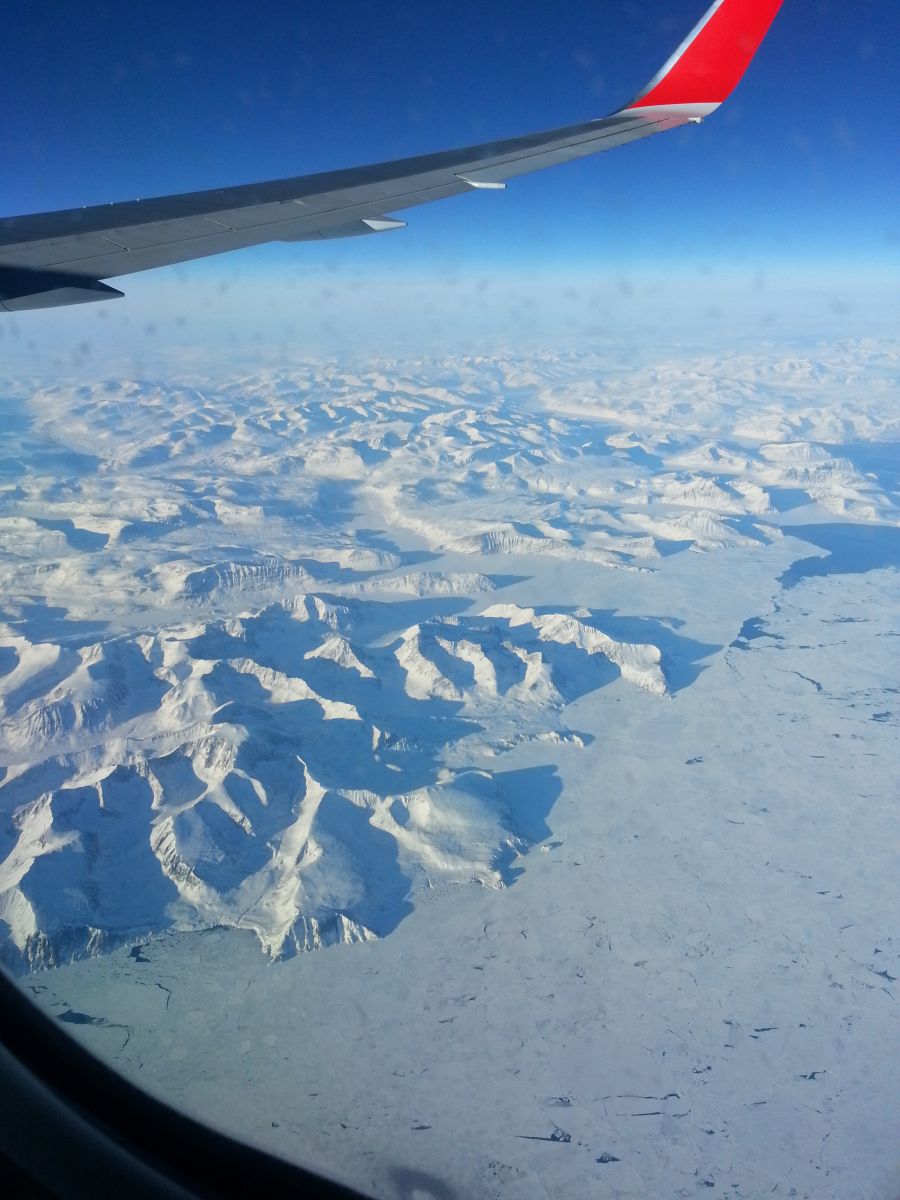 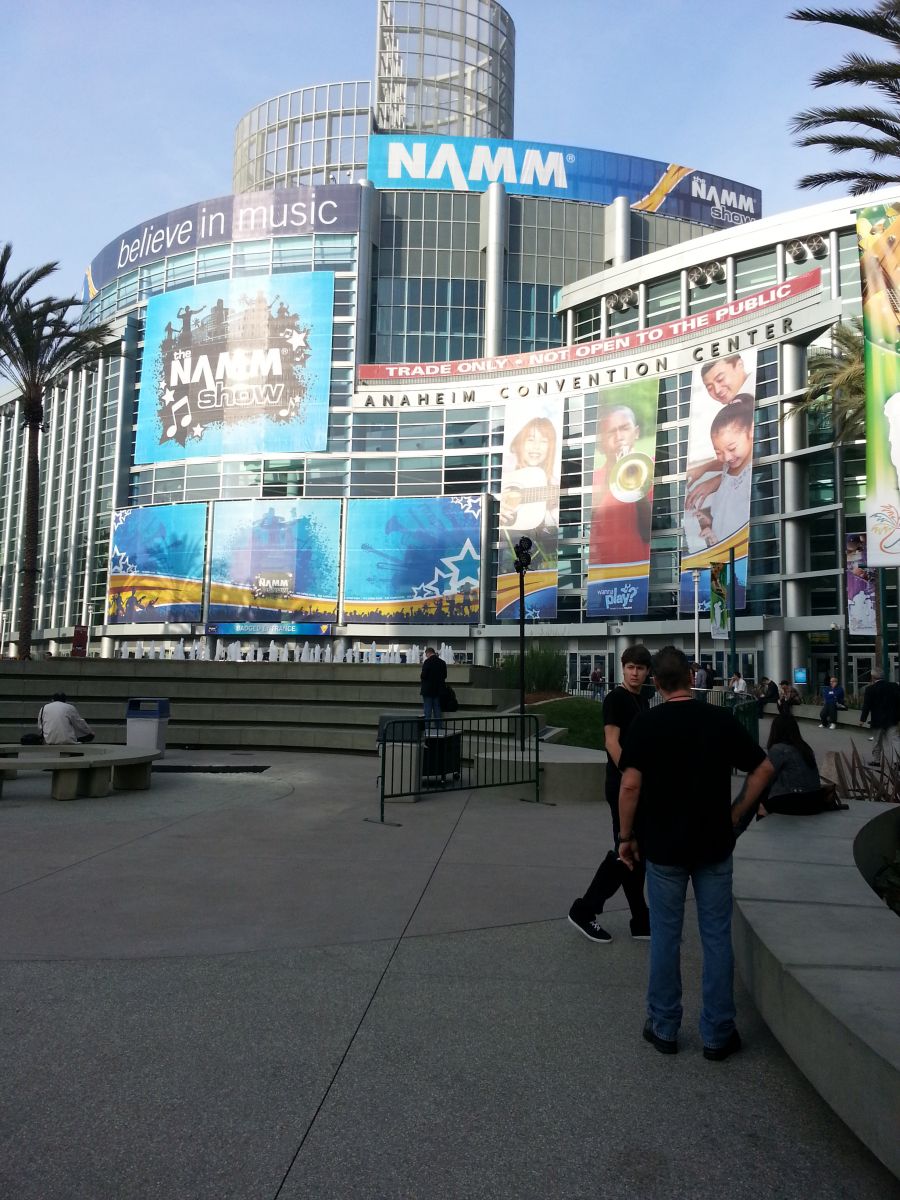 One thing that I was really looking forward to at NAMM (facade of Anaheim's Convention Center to the left), was meeting the Strezov Sampling team - all those amazing musicians who I have been talking to through internet and we were spending countless hours over Skype conversations. The first guy to meet was the talented Finnish composer Henri Vartio (with a rolling 'R'!). We have been working with Henri since the beginning and he not only did those lovely demos but he gave valuable input on all our sample libraries. Also, as you might notice in the following pictures, he just loves making weird faces when being photographed.

We also met Casey and Alicia Edwards - who had the patience to stay with the Bulgarian guys for 3 days and to endure our heavy accents (we did have lot of fun though). If you don't know Ali is a terrific singer (low alto!) and Casey not only has great sampling ideas, but is a talented composer and orchestrator. He and Lyubo did talk quite a lot on the topic of John Williams and orchestration; they even played the entire JW discography on our booth's keyboard with Storm Choir 2! :)

It was nice seeing Jasper Blunk and Oliver Codd again, as well as Michael Morone who came just after cutting down a new sampling project (quite a small one) that we will also share with you guys next month.

This year we had the pleasure of sharing the booth with Chris Hein (who showed his absolutely blasting winds!!!), Embertone (Alex and Jon have prepared a freebie for you guys. They are a-w-e-s-o-m-e!), and Realitone (Mike Greene showed his unique concept for Realitone - Blue which has a nice word buildering technique inside Kontakt). All those guys are really fun to hang with. Actually turns out that Jonathan was Bulgarian in his previous life! Can you imagine that? I was shocked... but you have the ultimate proof over here:

You see? He has the pronounciation of a true Bulgarian person. Oh and we were at the ScoreCast: Hollywood dinner (in case you don't know, ScoreCast is an awesome composer community that you should check out for sure!). Catherine Grealish and Johnny Knittle did an amazing job into making Saturday evening a really special place. Funny thing is that I think that dinner had the same noise floor as the NAMM show (and NAMM was really loud). But I guess this is what you get when have a bunch of composers in the single room :) The most exciting thing for me is that a few of those composers actually wrote and beta tested Strezov Sampling products - Robert Douglas (who I met last year), Marie-Anne Fischer (who I also met last year!) and Dirk Ehlert (who I have the honour of working with in Eon Sounds Productions and I met for the first time this year).

Also on Friday we had a sample library developer dinner. Turned out to be more of a beer-drinking competition but glad that we Bulgarians are good at this. Lovely chat with Sam Hulick and Daniel James about video games (actually Sam did the music for the Enhanced edition of Baldur's Gate 2 - one of my favourite video games!!!) while Casey, Ali and Lyubo talked with Andrew and Sebastian from AudioBro (oh, how inspiring it is to sit right next to the creator of LASS!). Mike from SoundIron did something pretty nice and unique (but I won't give any more details cause it has to be secret!). Very funny stuff. 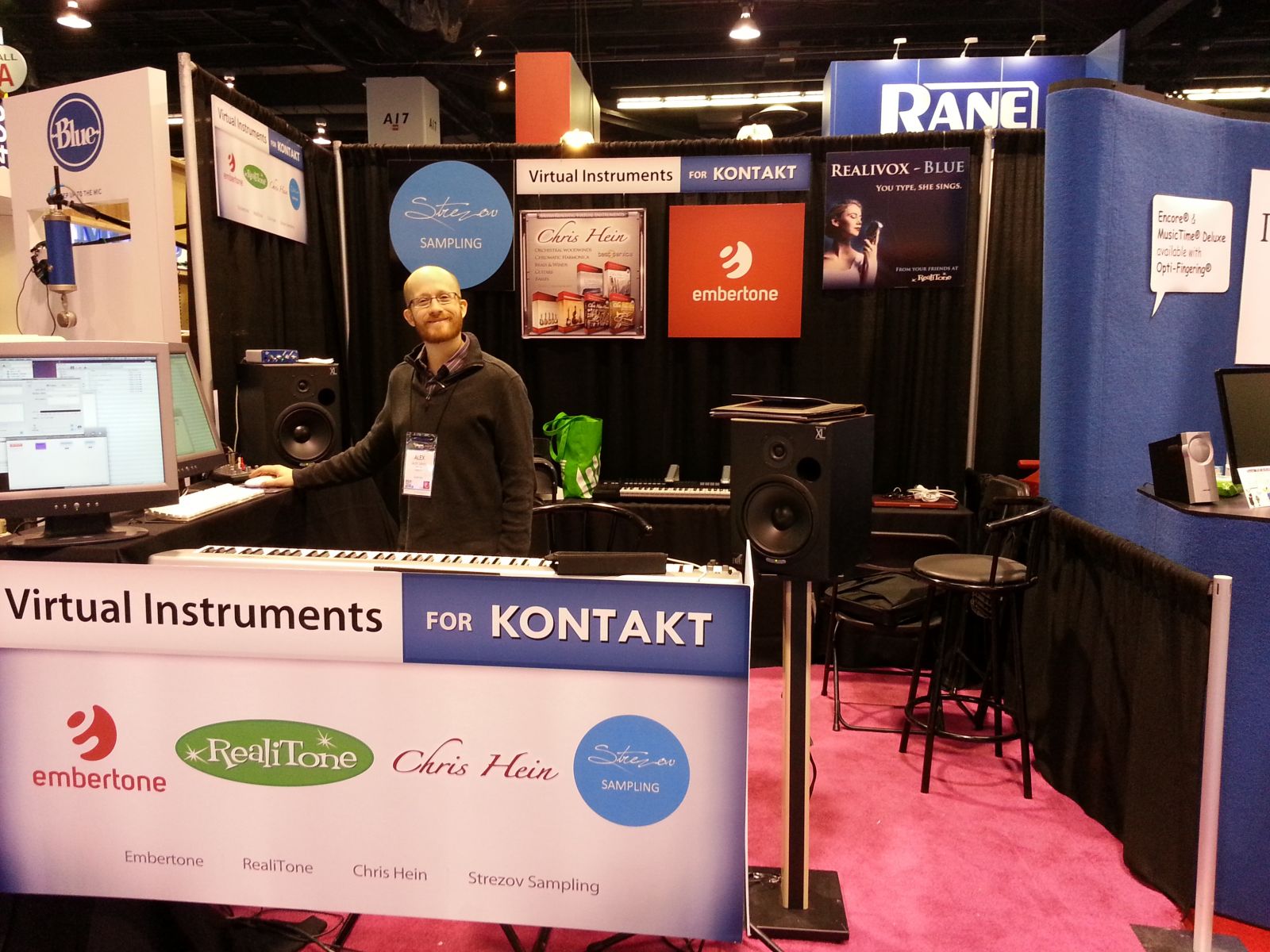 Alex Davis from Embertone. He is always so positive! 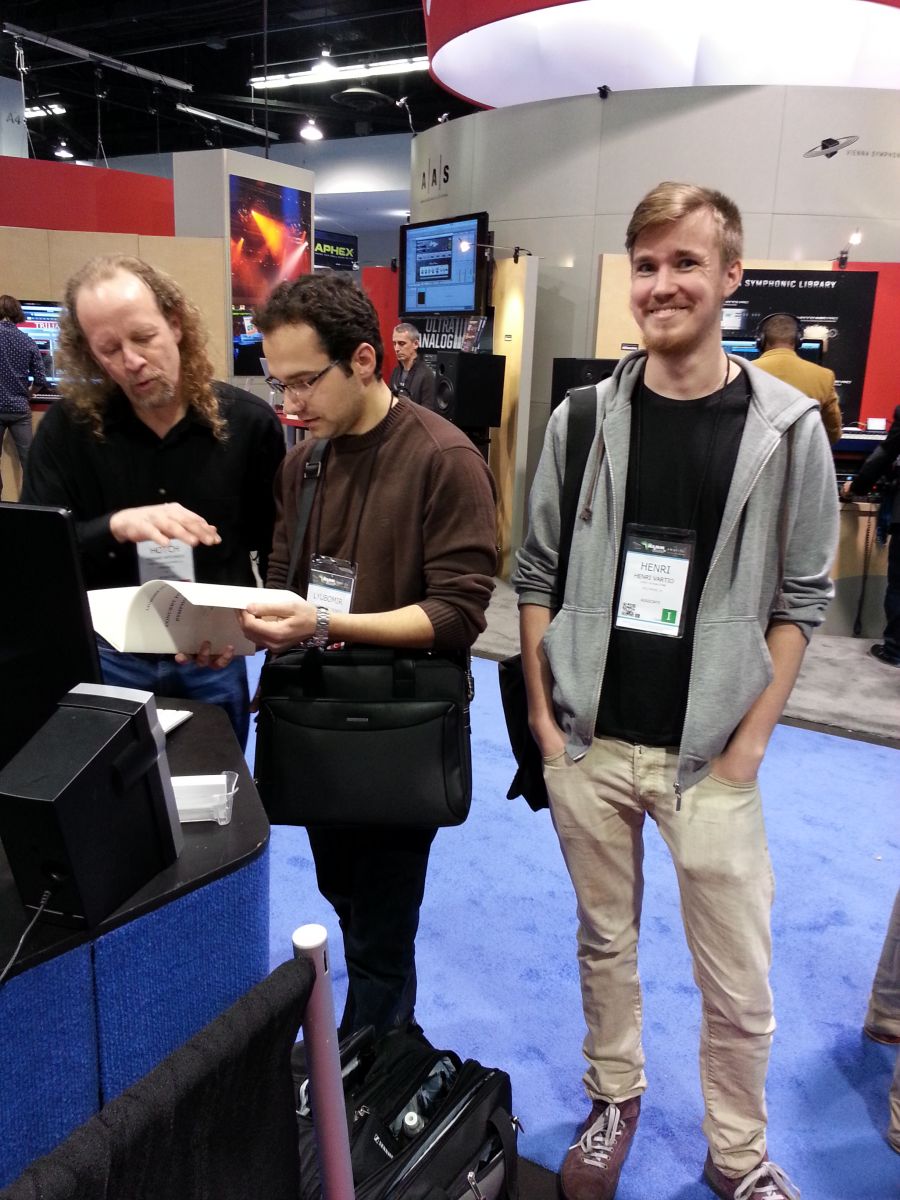 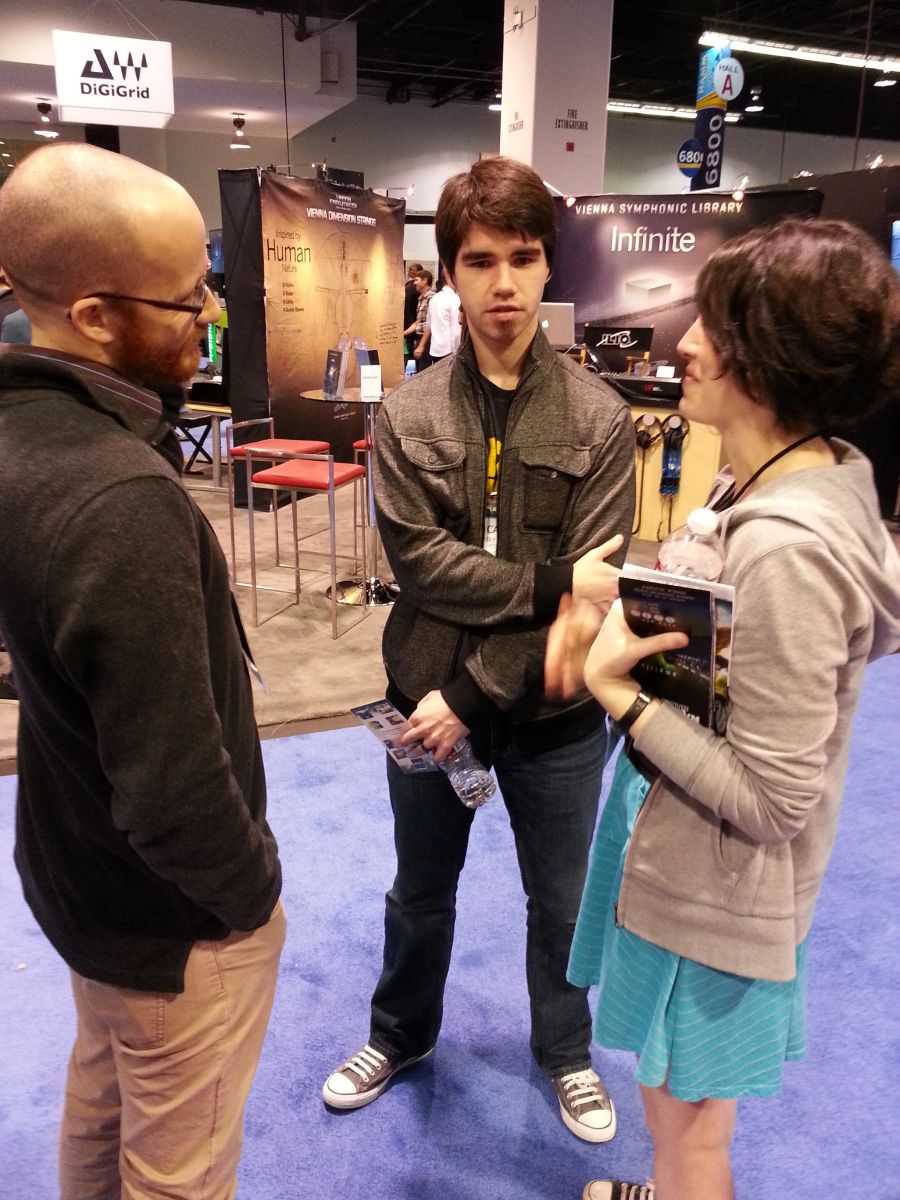 Here are Casey and Ali, talking to Alex. 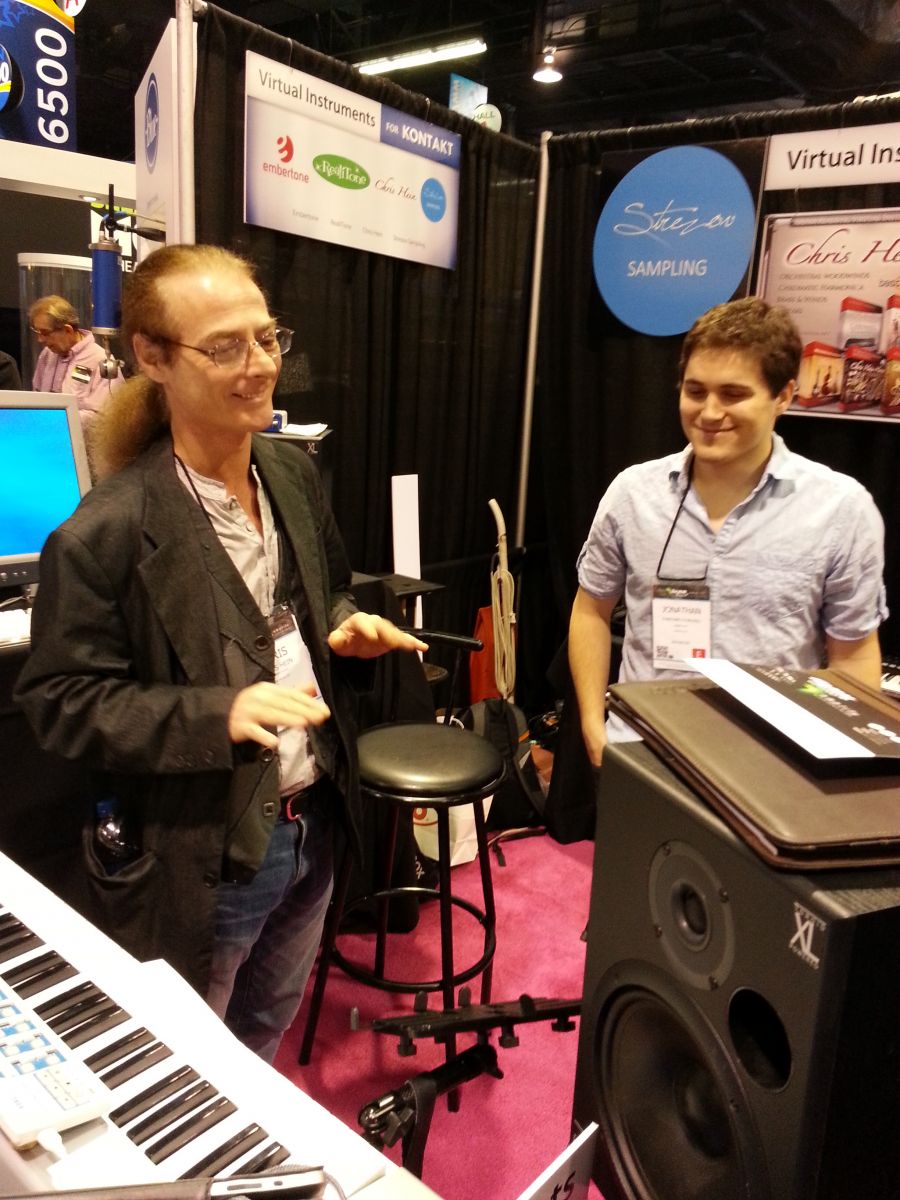 Chris Hein and Jonathan Churchill. Looks like Chris is playing the imaginary congas! 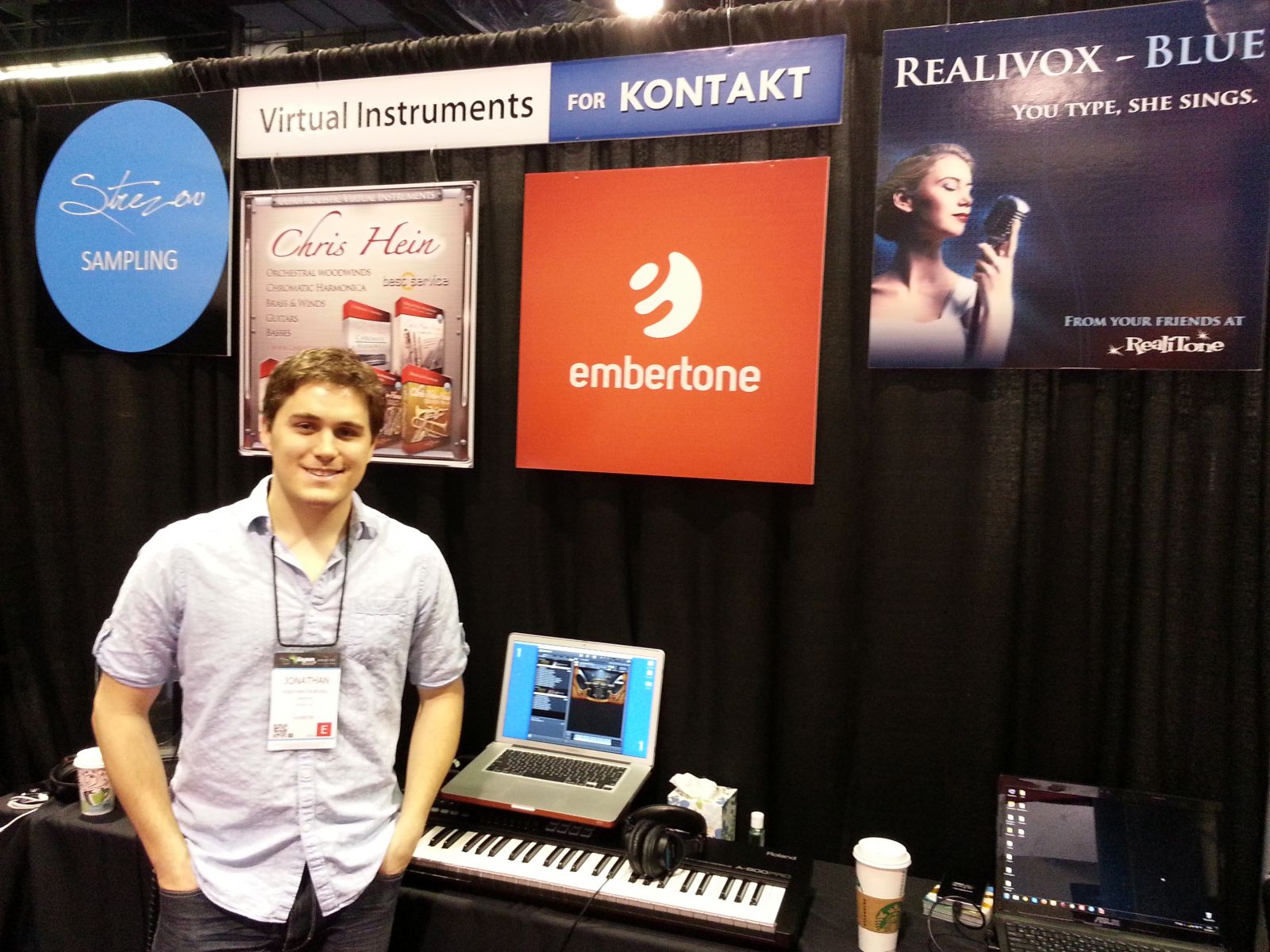 Jonathan posing in front of our banners. VIRTUAL INSTRUMENTS FOR KONTAKT, BOOTH #6626 - where the pure awesomeness is! 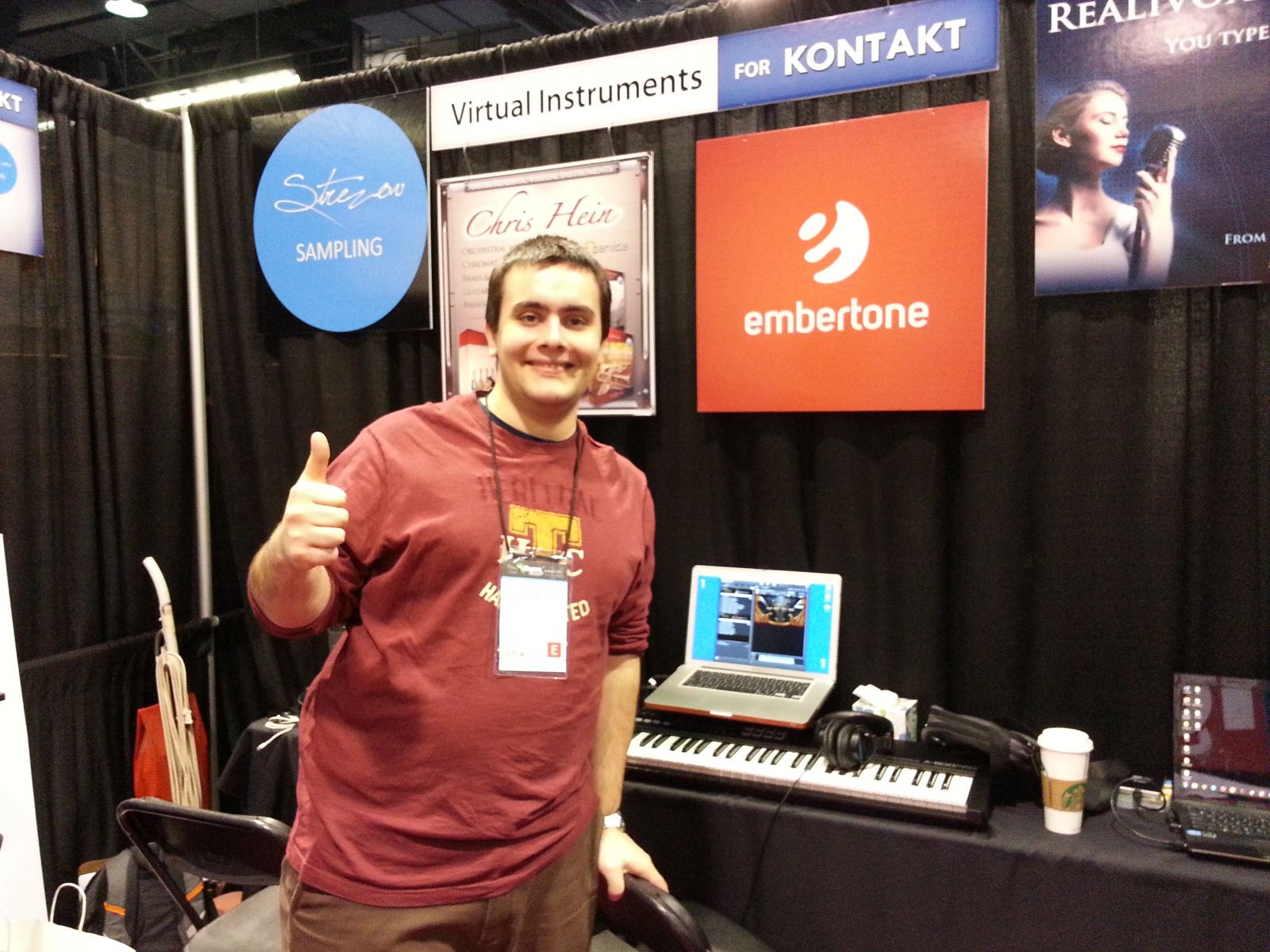 Thumbs up to Mike Greene who has put all those himself! Thank you Mike! 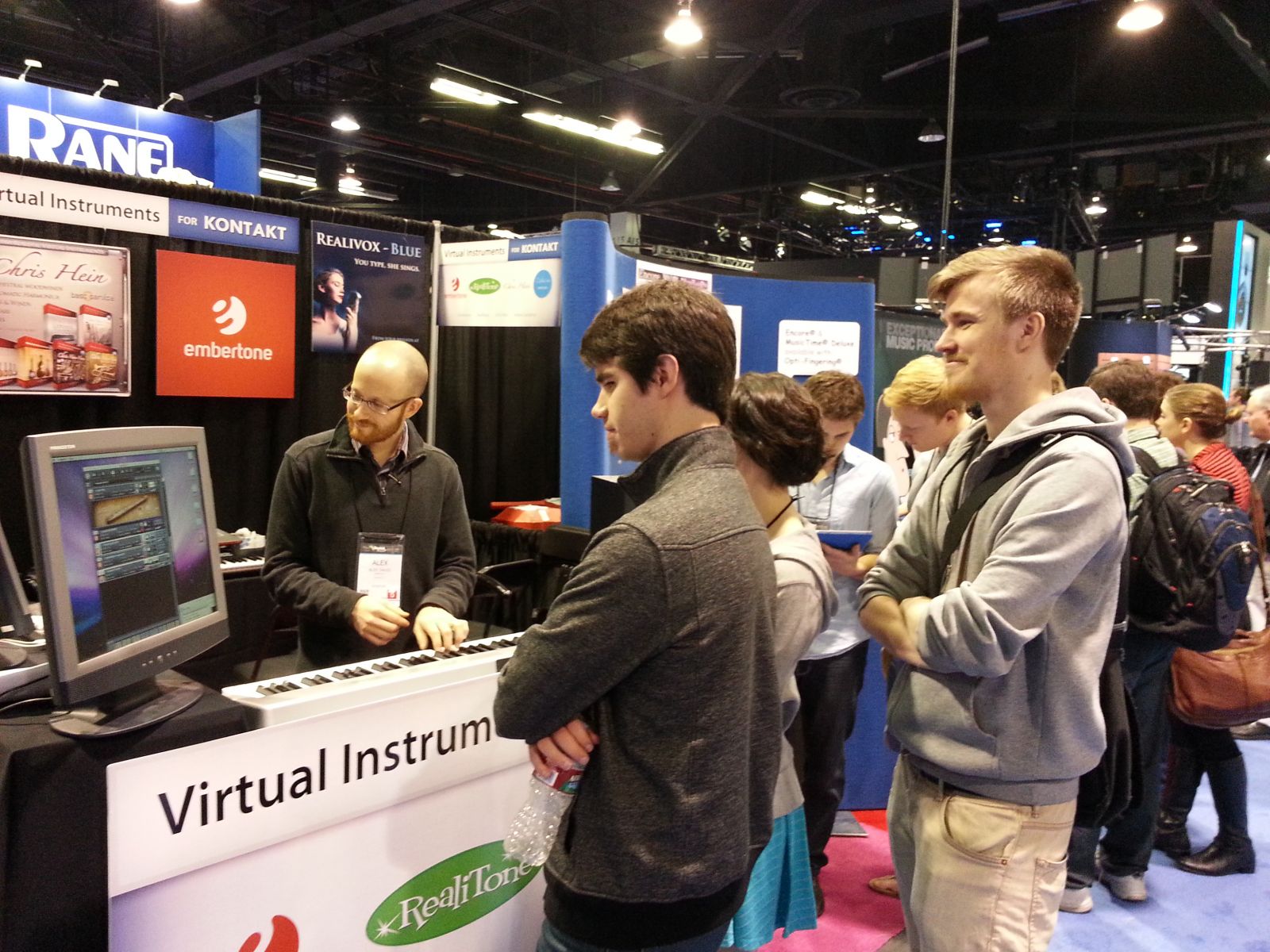 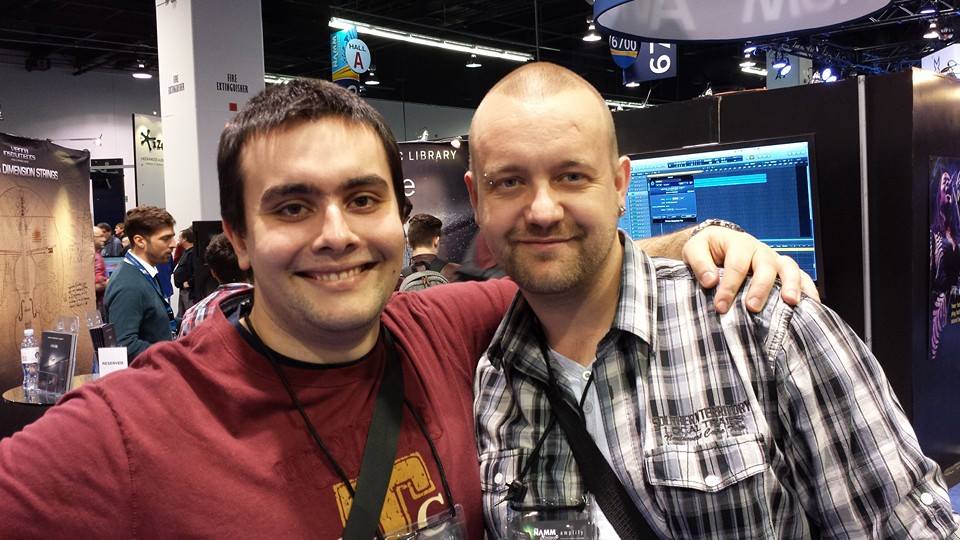 Note - I was NOT drunk in this picture. Me and my buddy Dirk Ehlert. 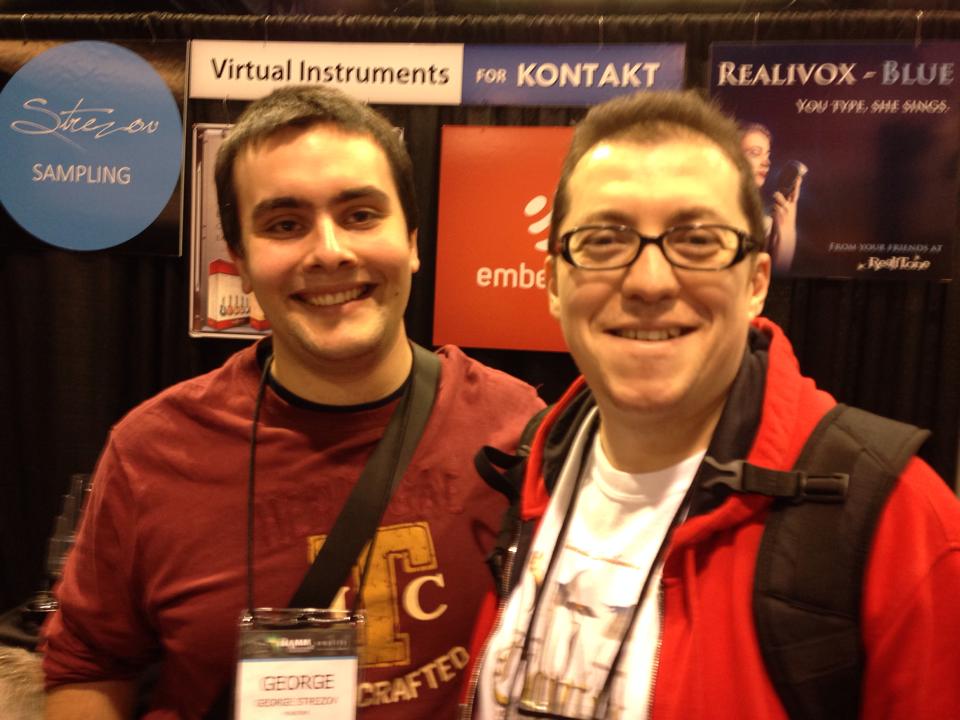 To be really honest with you - I am ALWAYS inspired by whatever Eduardo Tarilonte does. If you haven't done this already - go check his libraries! 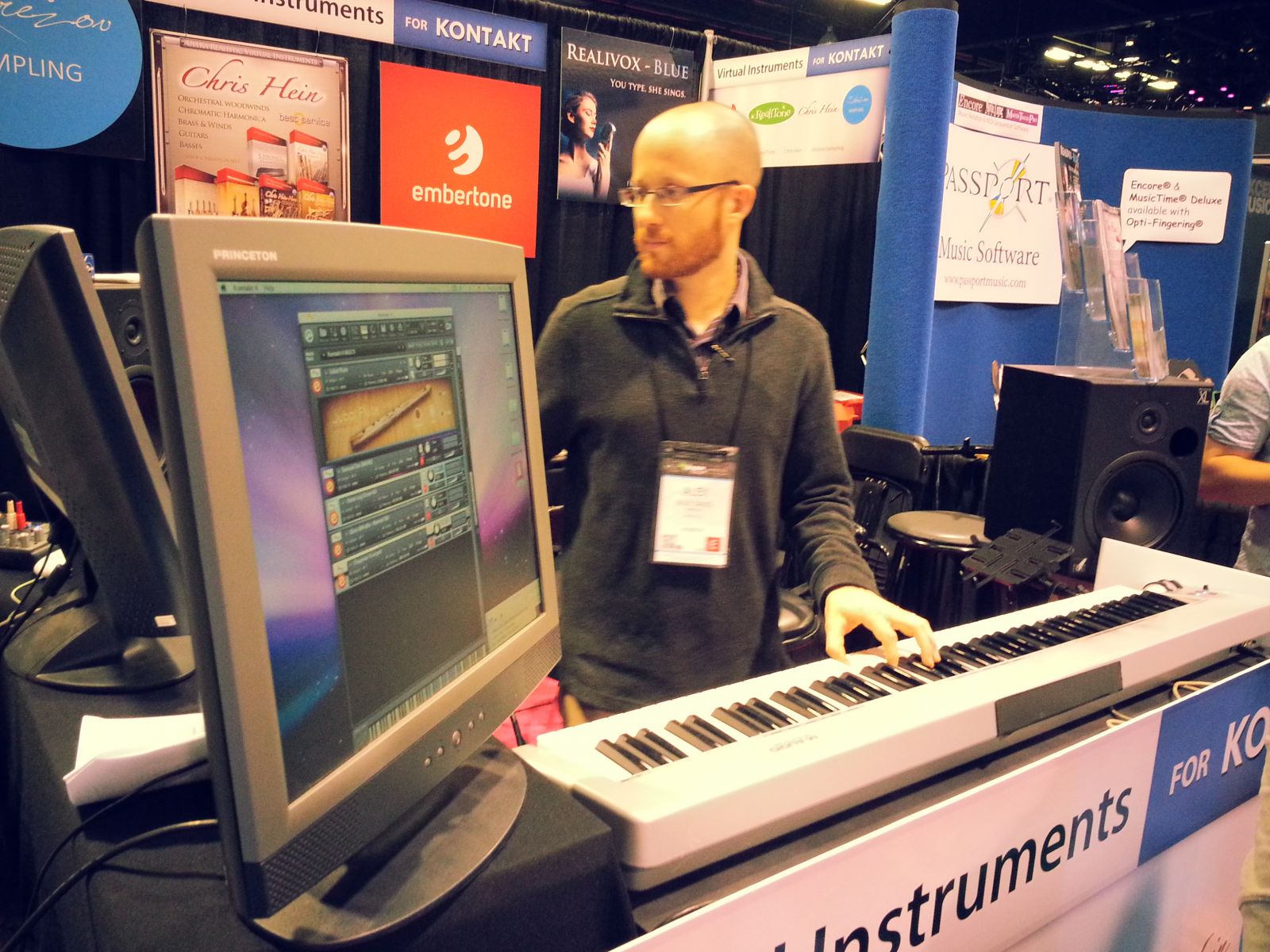 Alex plays the flute. This was taken with my phone which has a "vintage" filter on - turns out it makes his beard even more red-ish! 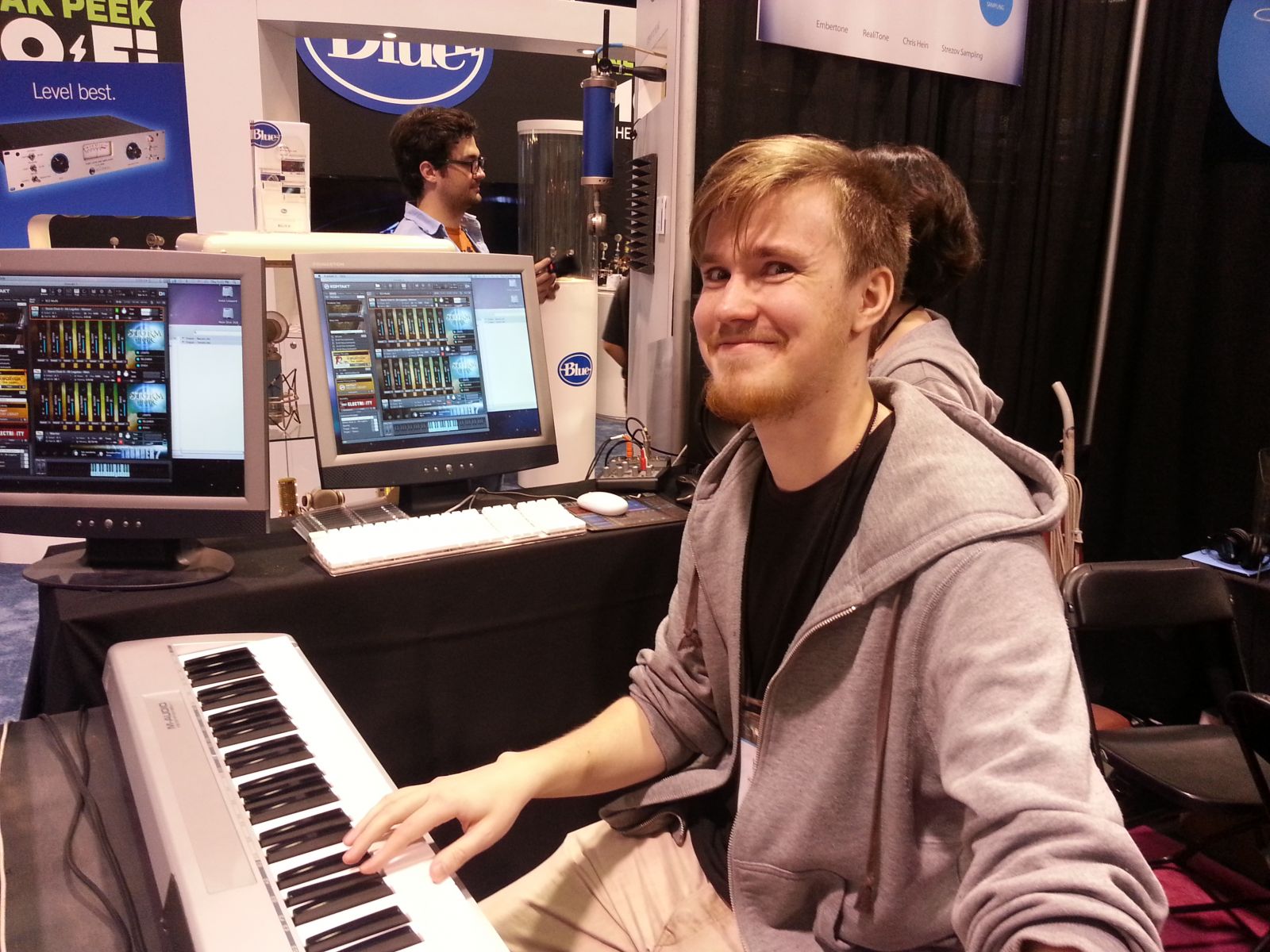 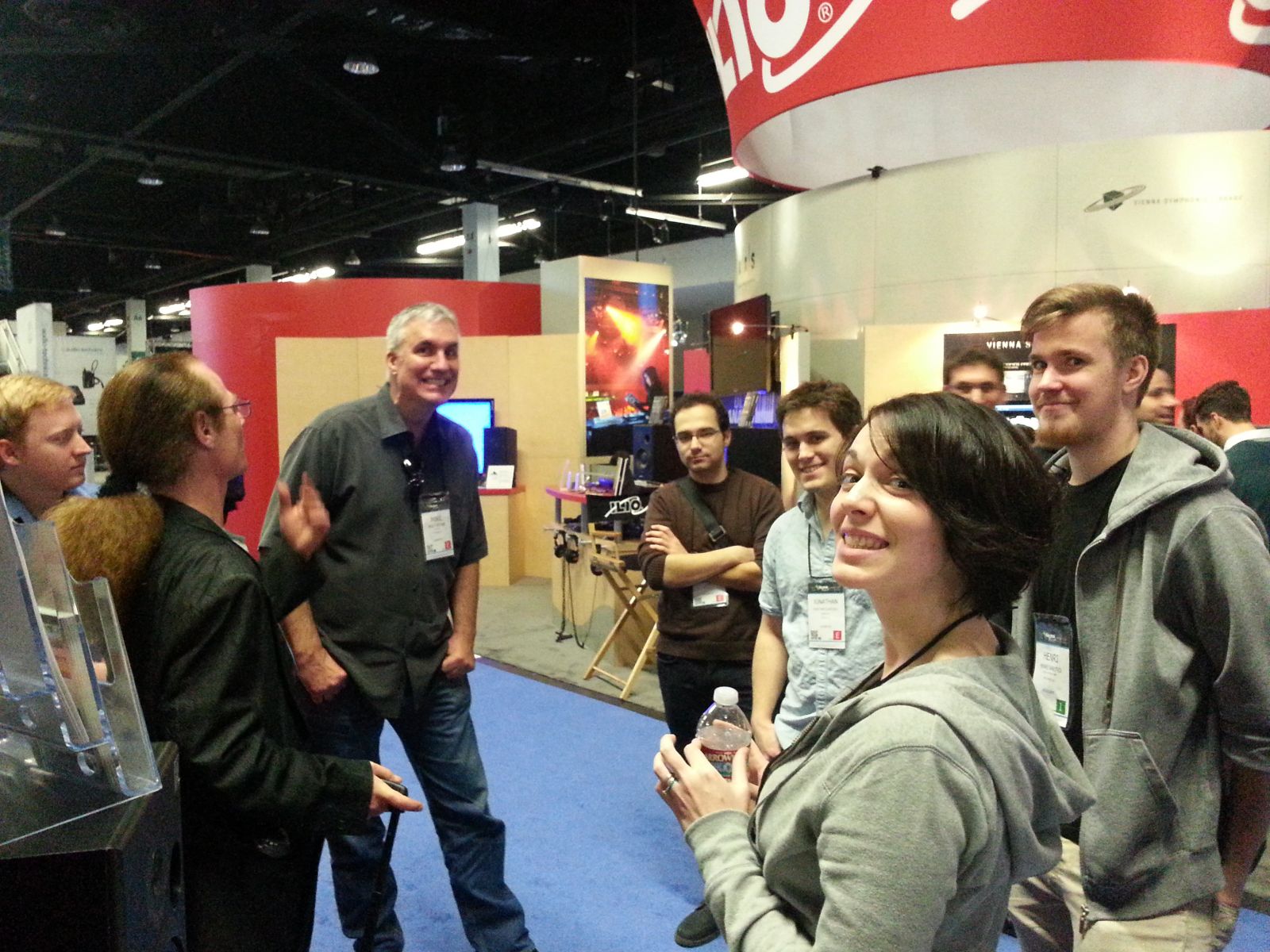 And there we go - from left to the right: Brandon Chapman (as in "Chapman Trumpet" by Embertone. I have this all over my template and this guy is awesome!), Chris Hein, Mike Greene (he's really tall!), Lyubo, Jonathan, Henri and Ali. Guess what? Henri is doing weird face #3! 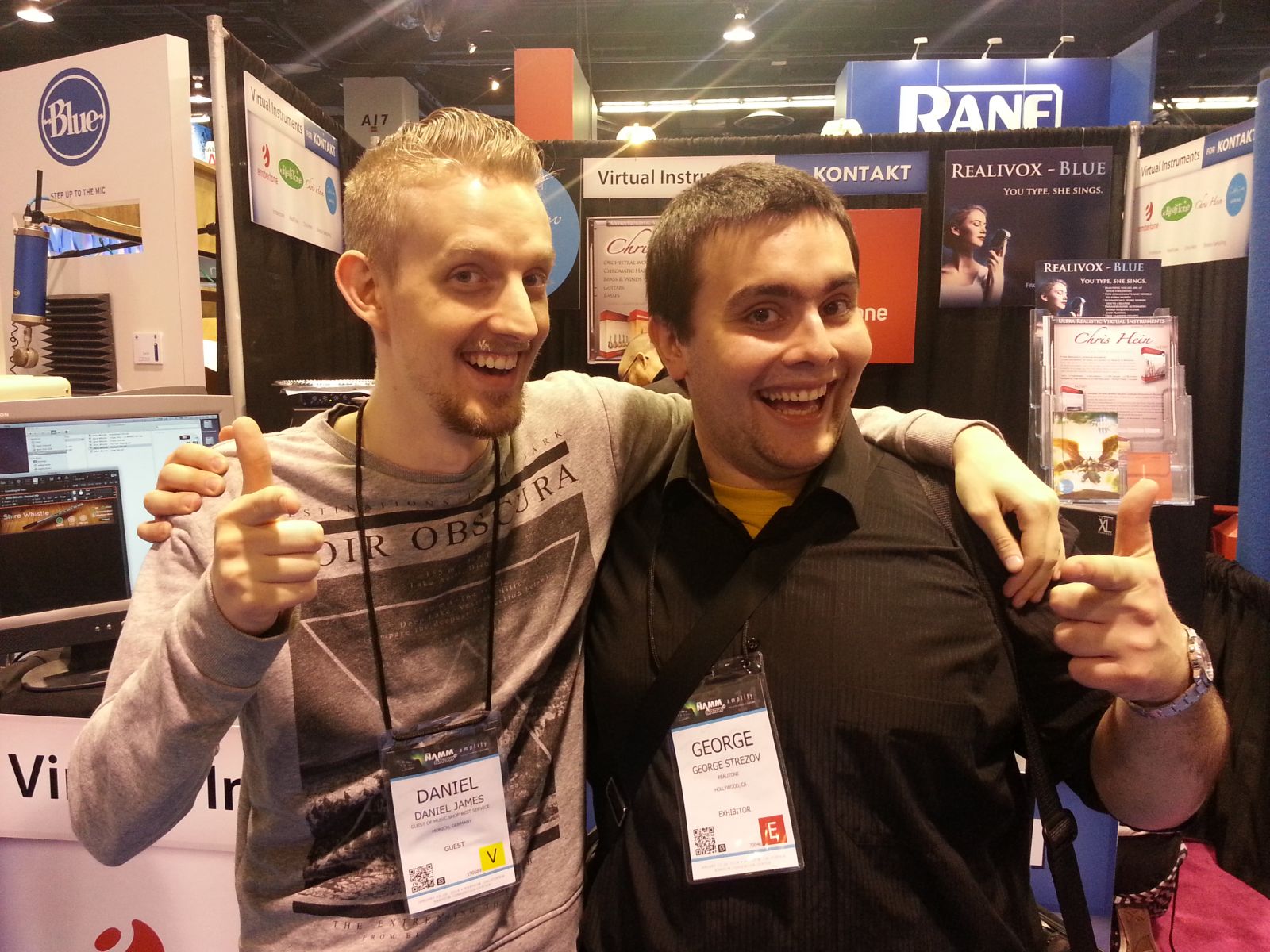 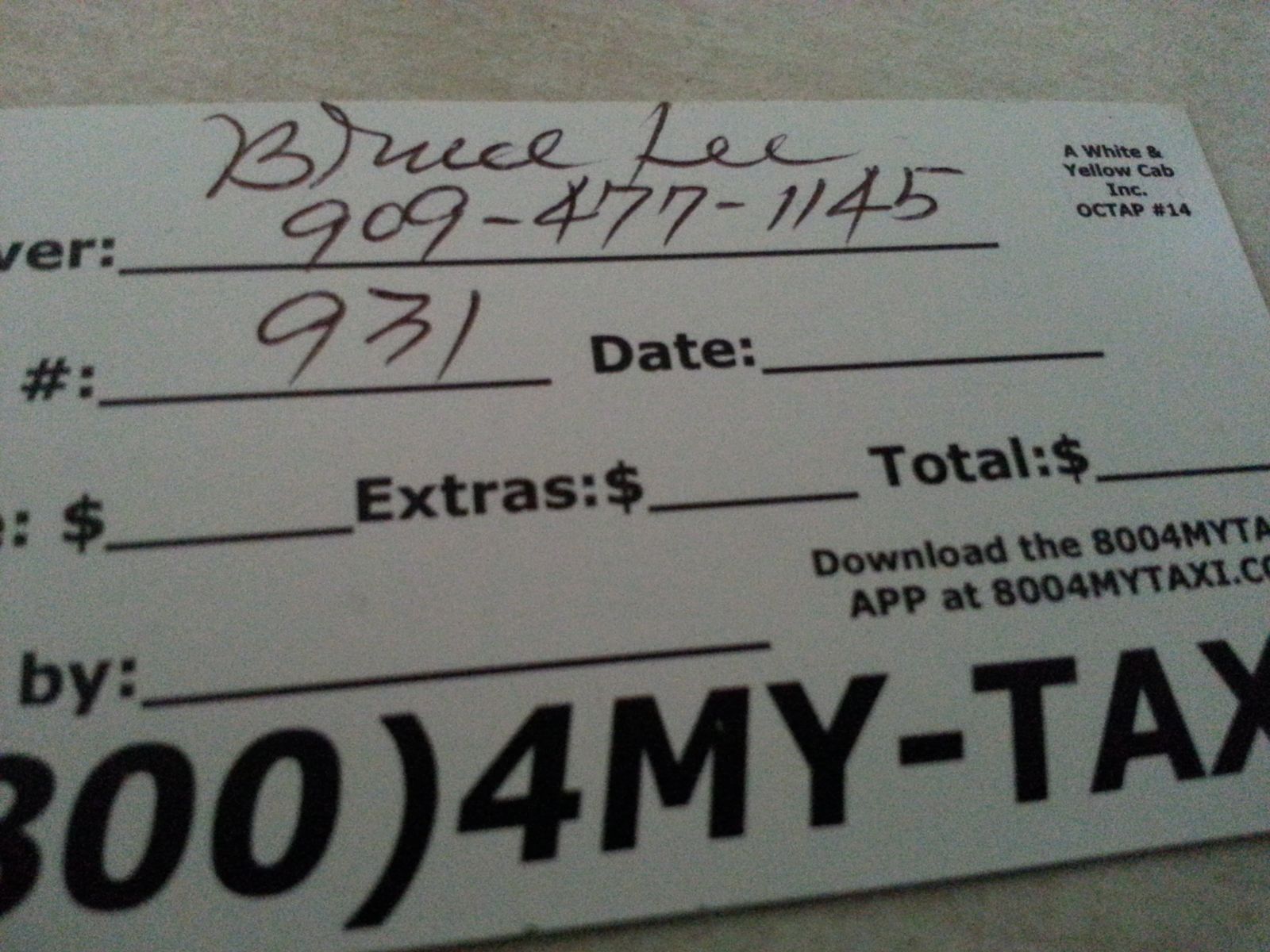 This is very important. We took a cab, which was driven by this Asian guy. When we arrived at the hotel he gave us a card - turns out THIS WAS BRUCE LEE! 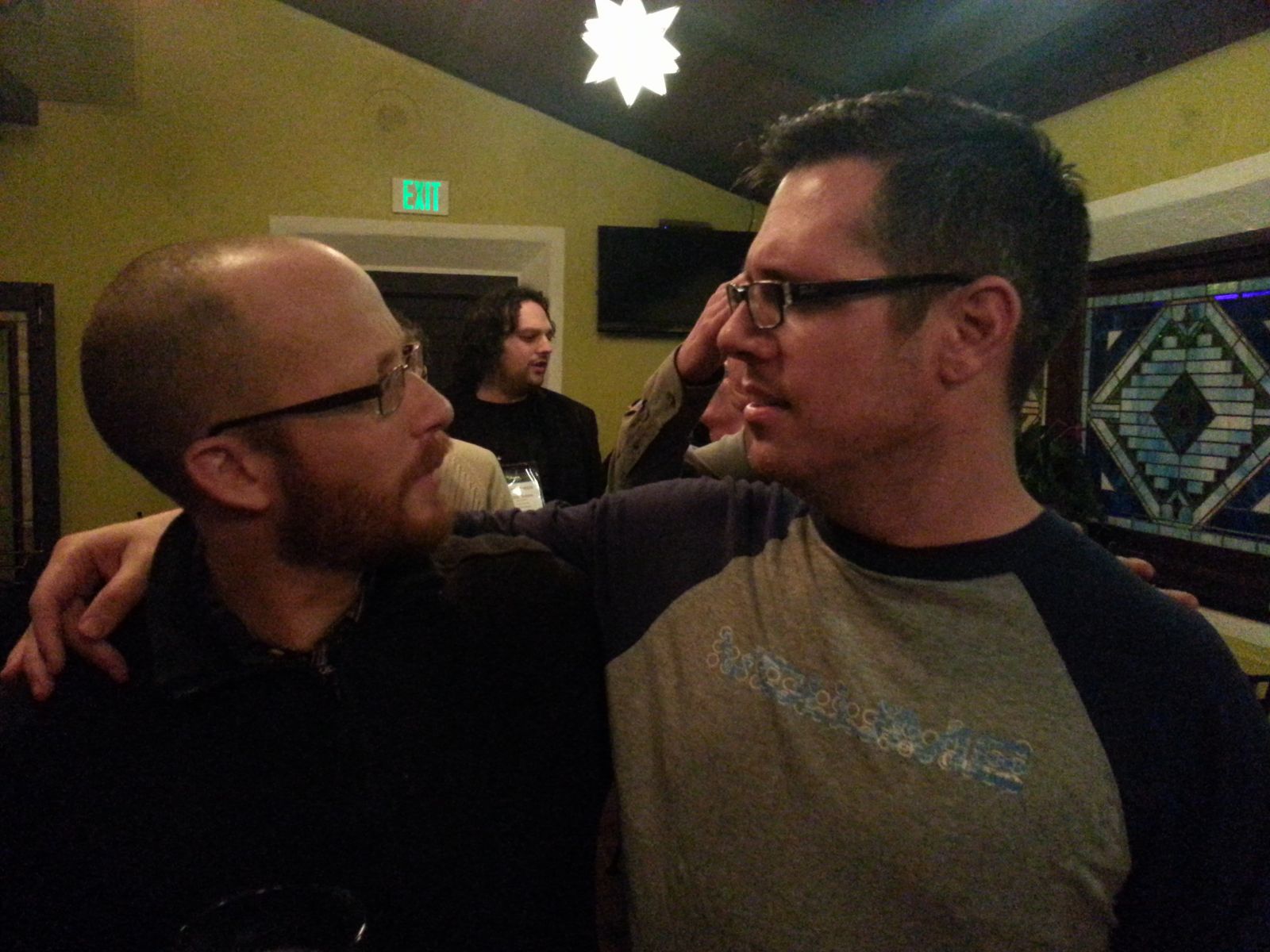 Johnny Knittle and Alex staring at each other during ScoreCast dinner. 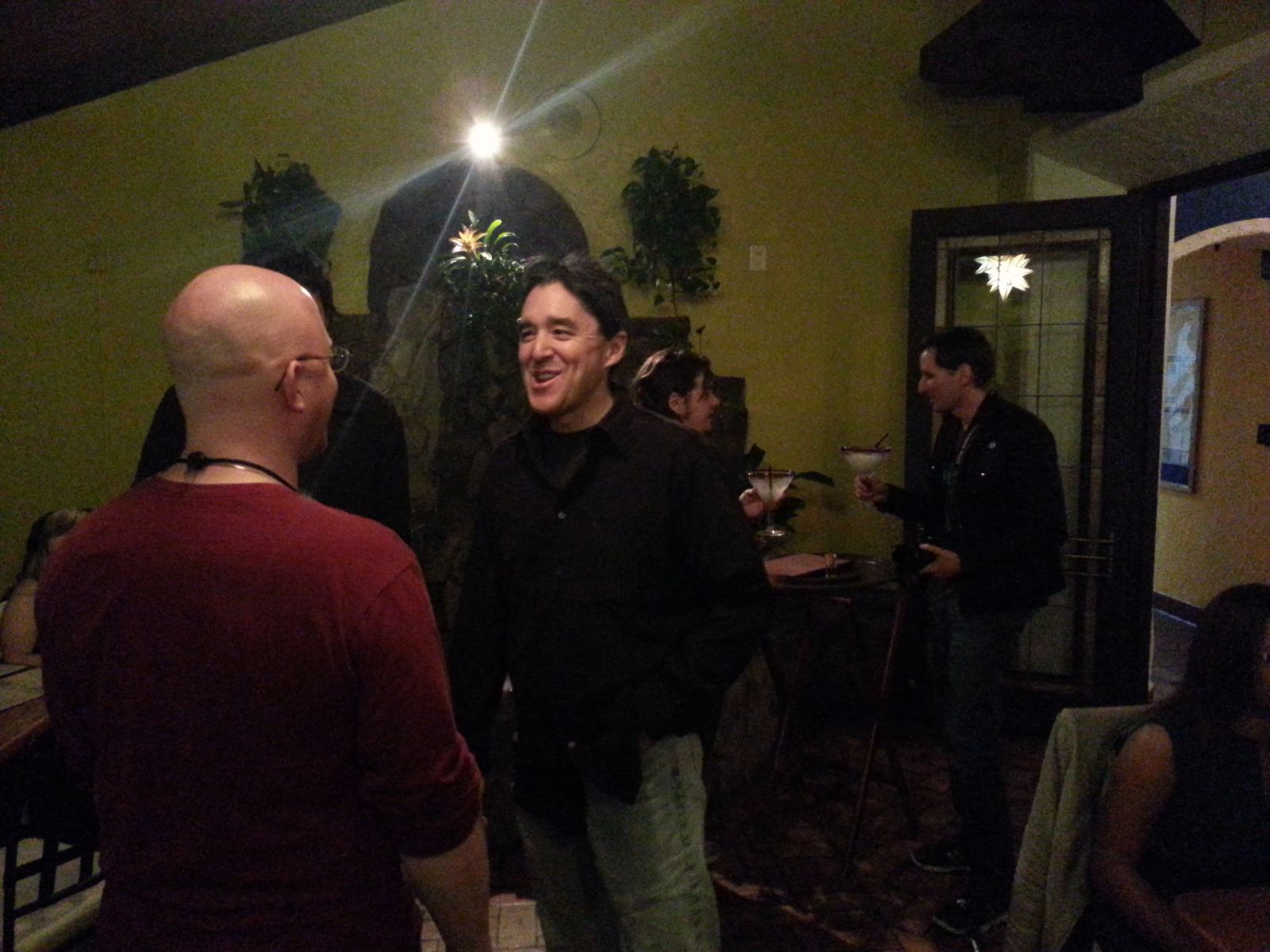 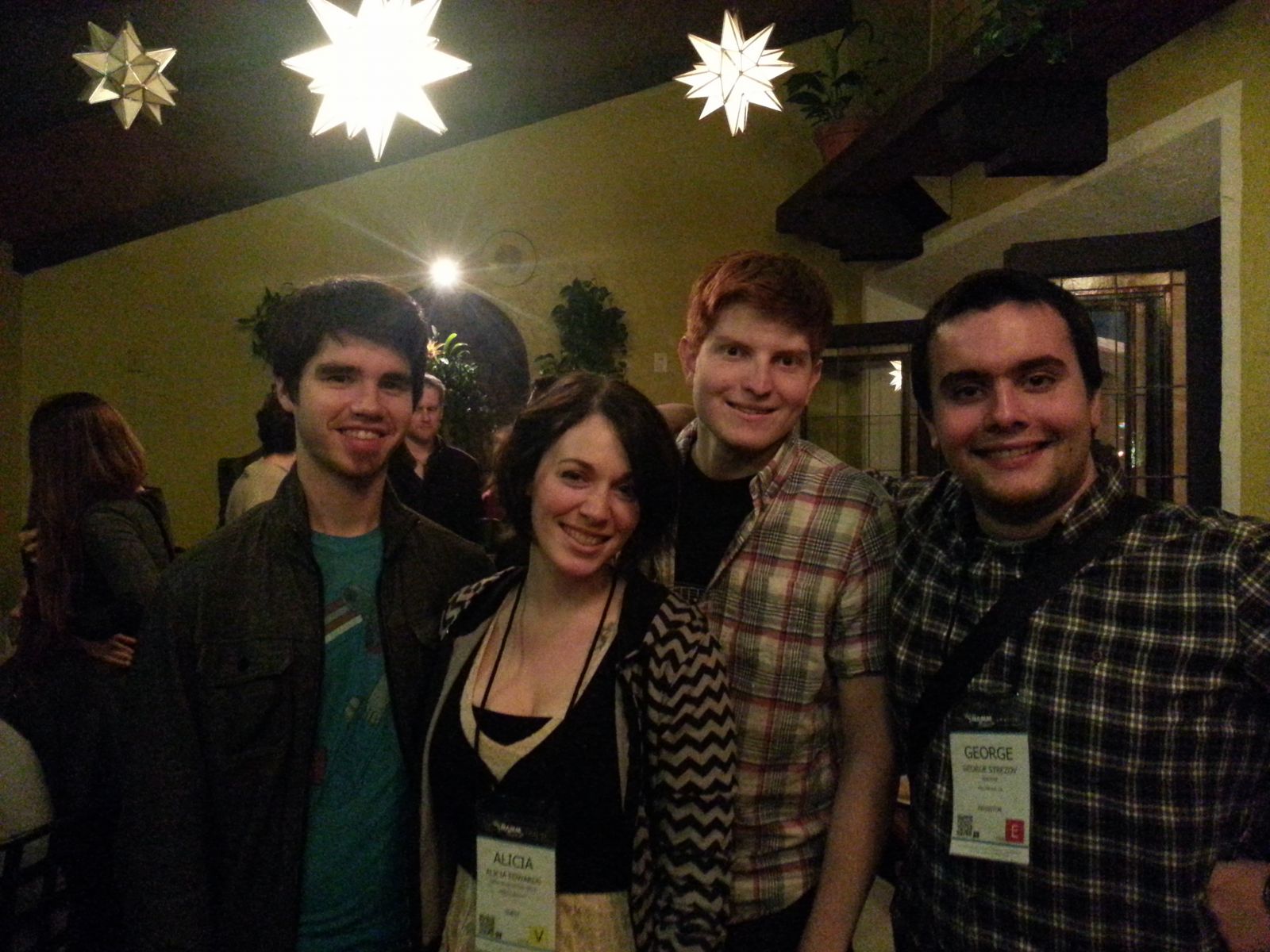 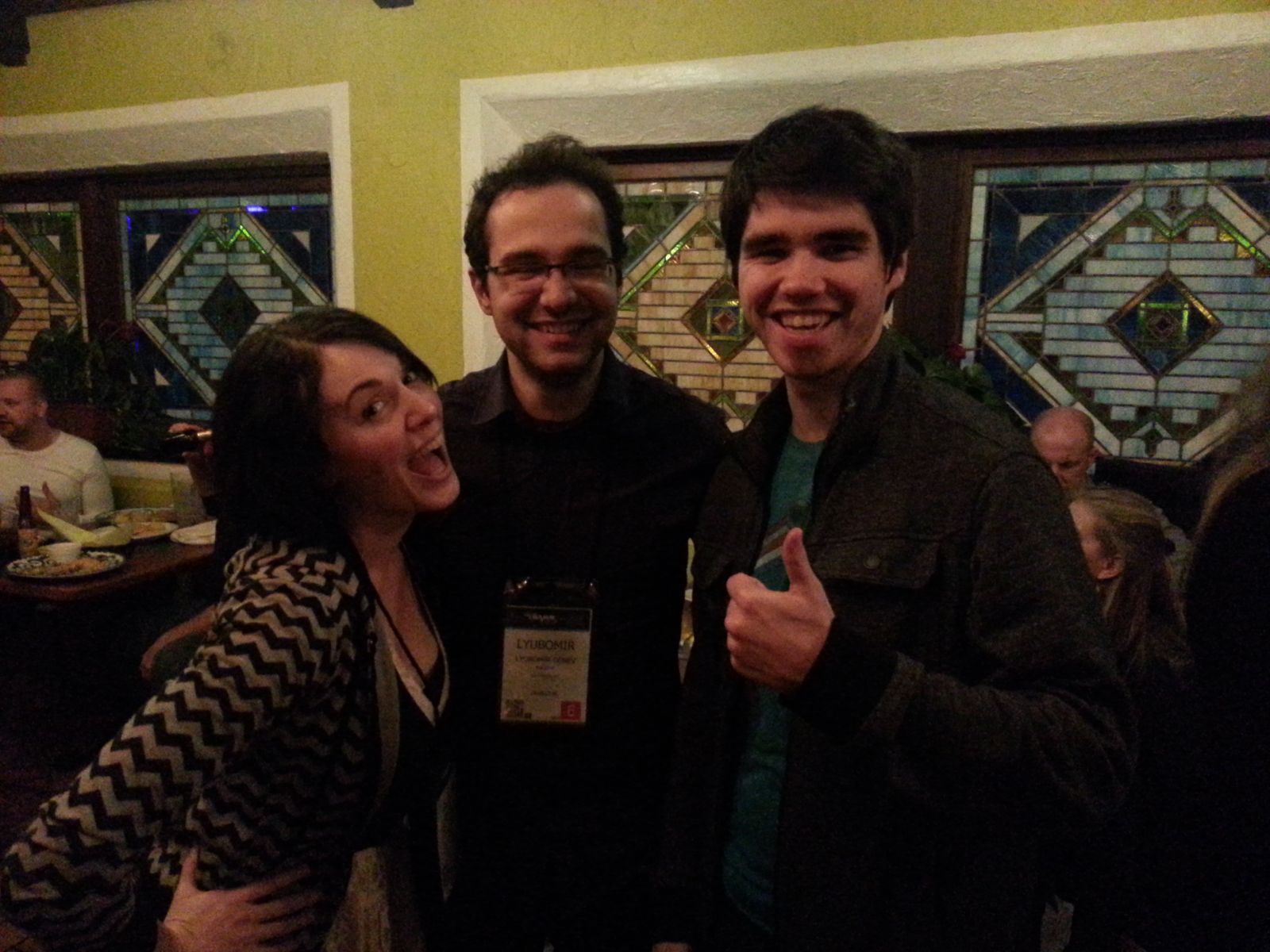 Love this picture of Ali, Lyubo and Casey! 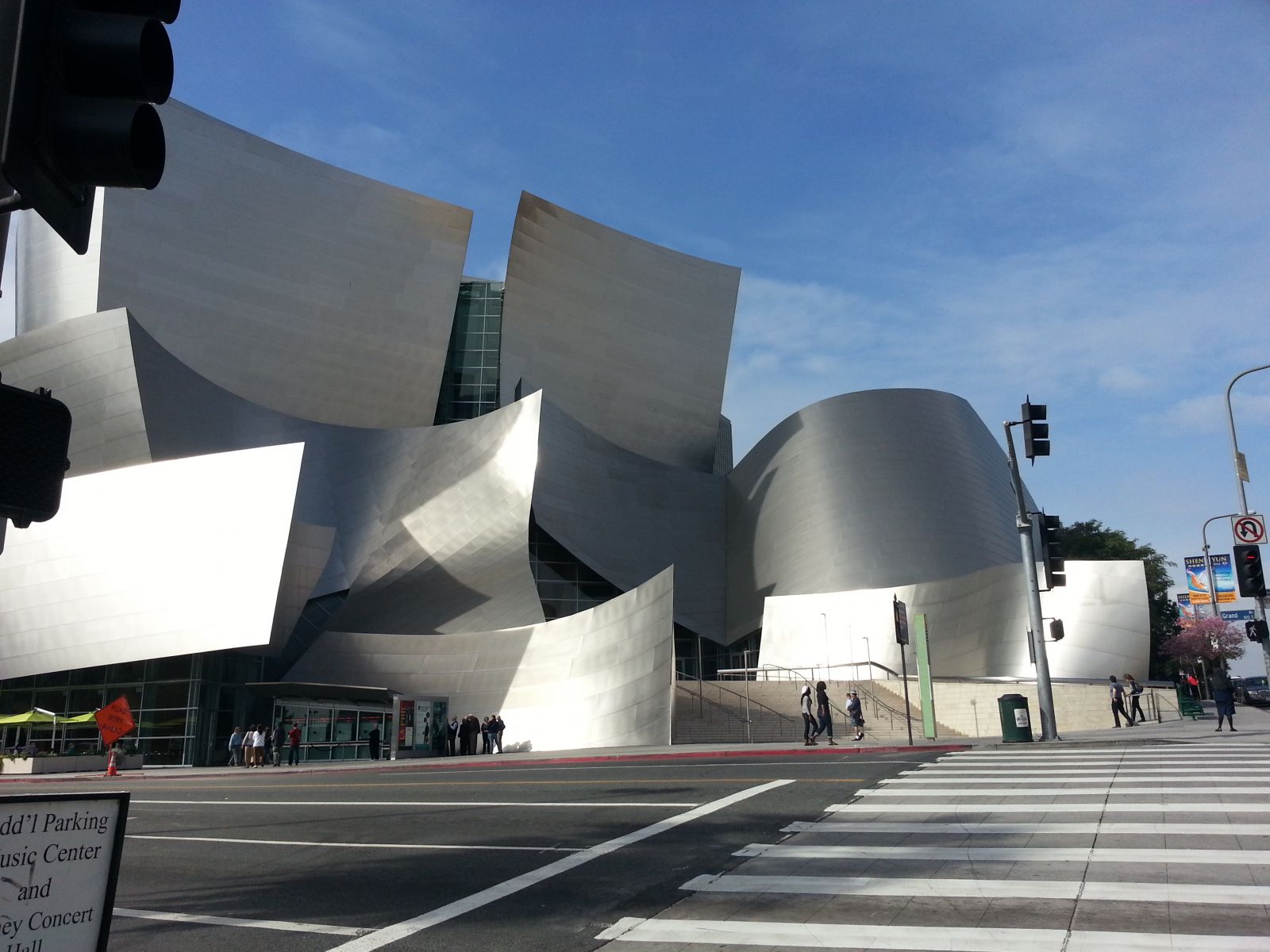 Sunday - when we went to hear Prokofiev's 5th in Disney Hall. No words to describe this. Really. 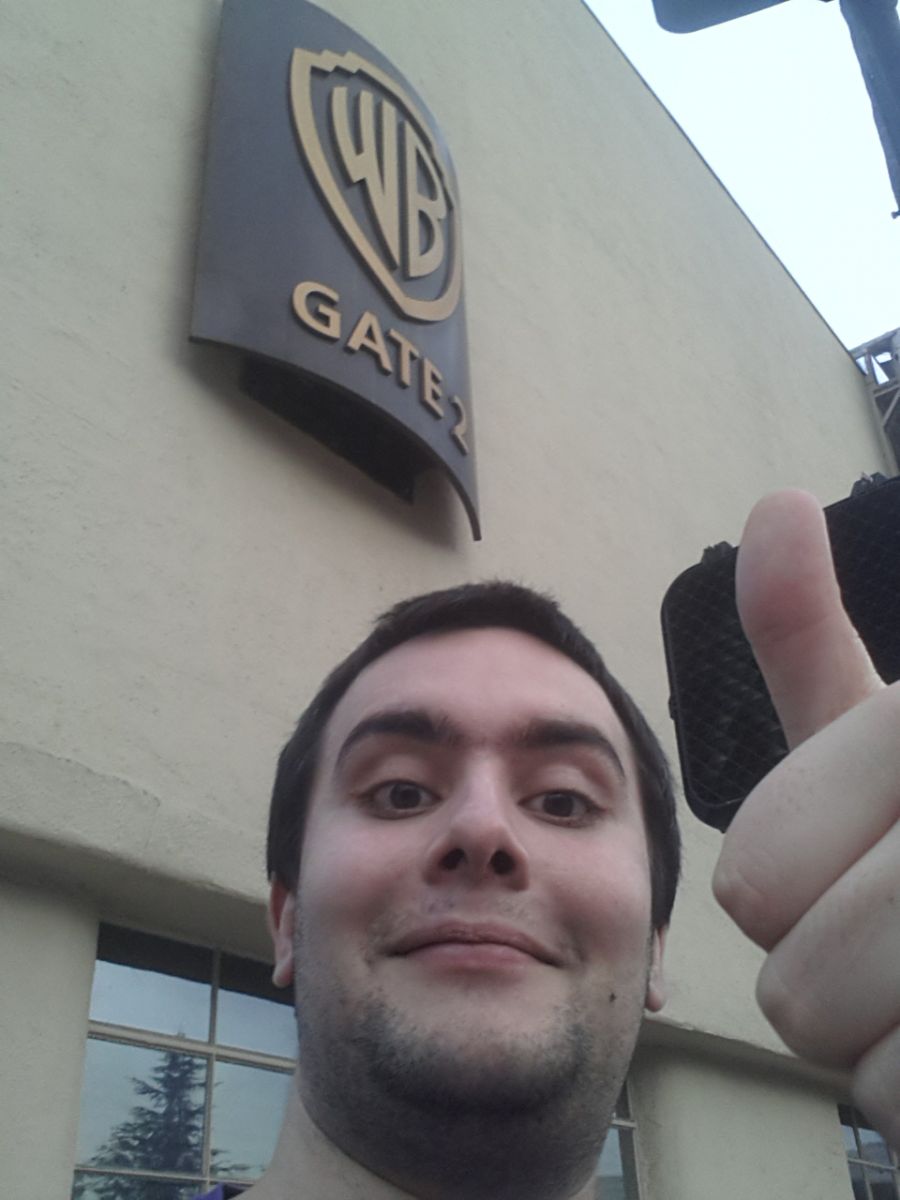 And here's a selfie in front of Warner Bros' GATE 2, where we met our friend Philip Klein and afterwards Penka Kouneva (one of the most famous orchestrators and composers in Hollywood who is... Bulgarian!)

Hope you had fun with this. Stay tuned for our POST-NAMM specials - a lot of discounts in the next few days. Also more information about future projects is about to come.

See you next year (or sooner?).